It’s been 10 years. A decade since those two fucking planes pierced America’s symbols of capitalism, freedom and, well, what it means to be America. 10 years since we all watched, mouths agape, as the television flashed images of the two towers smoking. Smoking like two massive cigarettes upside down, burning madly.

We will always remember what we were doing when we saw the Twin Towers fall. When we saw the world change in one really shitty morning in September.

As you have seen, and will continue to see, there’s a plethora of articles coming out about 9/11 and its significance. Its vast significance. You’re going to hear it all from newspapers, talking heads and TV specials.

I want to recount where I was. Where I was during our generation’s JFK assassination, our generation’s Challenger explosion. Because, really, this is a day that has affected us all. It’s a story that we are all playing out.

My grandpa, a talented surgeon who I deeply admired, was on his deathbed. His life was being stolen by prostate cancer, the viscous weasel of death that it is. Being 15 at the time, and this being the first death of significance for me, I was in a daze throughout the end of summer 2001. Distraught is a fitting word here.

On the morning of September 11, 2001, I was strolling through the halls of my high school, skateboard in hand, when my close friend Marcel stopped me.

“Did you see?” he asked, anxious. “Did you see what happened in New York? A plane just hit the World Trade Centre.” Those very words, verbatim, are stamped into my memory.

I skipped my English class and made my way to the cafeteria. A number of classmates and I huddled around the sole TV and whispered back and forth. We didn’t understand the significance of this giant tower in America, spewing grey smoke into a deep blue sky. We knew it wasn’t good, but at this point, we just thought it was an accident. Some really shitty pilot error. And then, in real time, we all watched as a second plane flew directly, intentionally into the second tower. “Jesus Christ,” I mumbled to myself.

I talked with my grandpa on the phone that night. His breathing was laboured, his voice was hoarse and dry. He was happy to be talking with me, but I could tell it was painful for him. There was a tone in his voice, a tone I hadn’t heard before, when he said: “Ryan, I’m very proud of you. You will go on to do great things. I’ll be watching.”

He died a couple days later. A couple of days after the world changed forever. 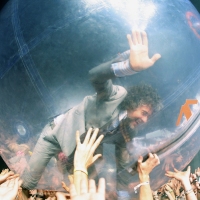 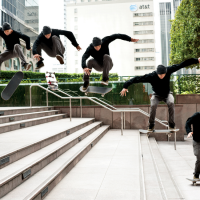 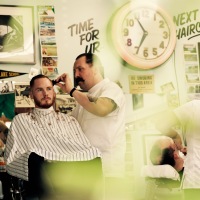