Something is happening in the United States. The unrest has bubbled.

What’s been happening in New York City for the past 16 days is borne from a general unrest amongst the economical classes. A divide that’s been building and swaying towards the rich on Wall St. has people taking to the streets. They’re calling it Occupy Wall Street. The mainstream media was all but quiet until yesterday when more than 700 protesters were arrested on the Brooklyn Bridge. People are now starting to ask some questions.

When these protests started about two weeks ago as a couple dozen college students took to Wall St., they were taken as a joke. There wasn’t a clear, singular demand otherwise than Wall St. is bad and has hurt America. Right. That there’s deep corruption and unaccountability in America’s financial institutions, which there is some truth to, sure. But things are changing. Now, the protests, which vary in purpose but hold a leitmotif of rising against corporate tycoons, have spread to Boston, Chicago, San Francisco, Los Angeles and Washington. (There’s a march planned to take place on Toronto’s Bay St. on Oct. 15th now too.) According to Adbusters, the left-leaning revolutionary magazine from Canada, Occupy Wall Street “is a people powered movement for democracy that began in America … we vow to end the monied corruption of our democracy.”

Allegedly inspired by this past summer’s uprising in Tahir Square in Cairo, which, it should be noted, was to overthrow a despot, America’s youth are also banding together using social media and deep-seeded resentment. With the financial meltdown of 2008, the recent peak in America’s debt ceiling, and millions of Americans struggling to get by financially, it seems enough is enough. And the stats are there to support the protesters, the hodgepodge crew they are. As Nicholas Kristof, the New York Times columnist, points out: the top 1 percent of Americans hold a greater collective net worth than the entire bottom 90 percent. Read that again. There’s the fuel for the unrest.

With mainstream media slowly starting to take notice, Occupy Wall Street is something to keep your eyes and ears open to.  I don’t think this is something that’s just going to fizzle out. There are some real issues at play.

Let’s see where the next week takes us. Peacefully, let’s hope. 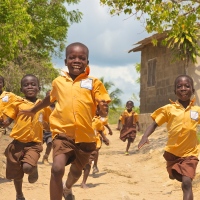 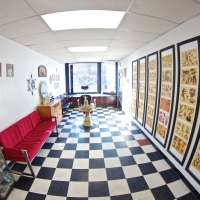