Here’s a piece I wrote a couple years back, but still resonates methinks.

We are currently weathering an epidemic. Sure, we have the recession. And yeah, AIDS is still horrifically pervasive. But I’m talking about you, me, her, them. Us. Also known, let’s call it, as the Generation of Me.

I’m not going to barrage you with statistics in an attempt to berate you, because, really, that would be counterproductive here. I just want to give you a think piece. A simple virtual chat with invincible coffee cups sitting between us. A conversation, if you will, about you.

Straight up: We are all too self-infatuated in our MySpace-, Facebook-, Twitter-, iTunes-juiced lives. All of these are tools to promote ourselves, in a way. I, I, I. Me, Me, Me. This is “what I’m doing,” “who I am,” “what I do” self-aggrandizing techniques. And heck, I’ll be the first to admit that I fall prey to the callings of Facebook or promoting my iTunes list. (You should check out Lisa Hannigan’s work by the way. It’s triumphant.)

I only recently jumped on the Facebook wagon a couple of months ago (reluctantly), but I do see the pull. It keeps you connected to your friends. But instead this is what really happens: Self-rock stardom. My friend, actually, put it best, “Facebook is a chance for everyone to be a rock star to their friends.” You can promote who you are, what you do, and all that other cool, unique self-defining stuff you do on a daily basis. It’s great, I’m sure. But what about the culture of we?

What about putting ourselves in the back row and joining together out of caring for others? Helping one another, you know – that archaic thing we used to do. The old holding-the-door-open-for-Grandma-thing. Using these social-networking sites to bring one another together as a cohesive heap. Of course we inhabit a celebrity-driven world where being in the spotlight is coveted, but damn, what ever happened to helping out strangers, instead of putting ourselves first all the time?

Don’t get me wrong, though, sure it’s important to put yourself first. But not all the time. Not to a point where you are blinded by who and what you are/do. Let’s toss the Generation of Me to the paparazzi and make way for the Generation of We.

Because, really, that whole recession thing we are still facing was born out of a me-first rationality on Wall Street.

And look where that got us. 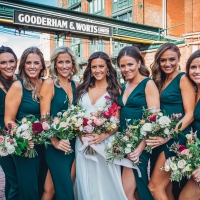