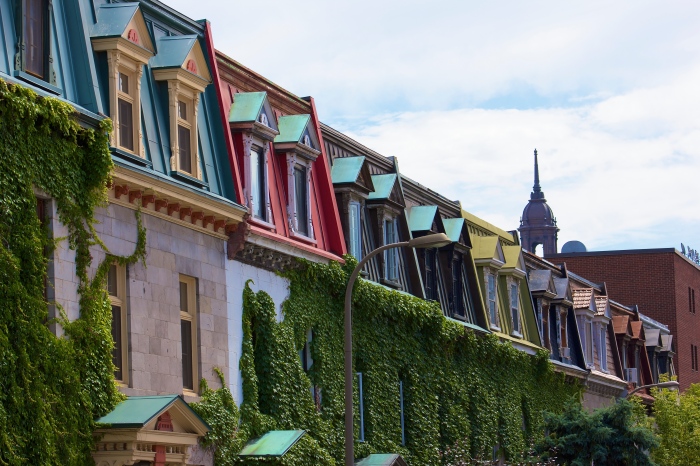 Kathryn and I are heading back to Montreal tomorrow. This time, as a mini-honeymoon. (Yes, photos to come of the wedding day). Here’s an article I published in Chill magazine this summer, and only fitting for why we love Montreal so much.

Oh, Montreal, you sweet and seductive vixen. You with your storied history. Your immense pride and love of the arts. Your inimitable sense of confidence. Your bilingualism, your refined class, your touch of Europe-within-Canada sensibility and culture, your hotbed for genre-bending music. We would be remiss if we didn’t mention your palatable (and belt-loosening) dishes of fine poutine and smoked meat. And unlike Toronto and Vancouver, with all of this in mind, you’re still strangely affordable.

And, of course, your laissez-faire take on drinking.

Oh, Montreal, how we love you.

There’s just something about Montreal that gets us each and every time we visit. It’s never a dull time. Ever. Montreal simply oozes a good time from its cultured tastes, its untouched ability to throw one hell of a festival and, let’s not be shy, its french-speaking women. The following is an abridged breakdown of what makes Montreal one of our favourite Canadian cities.

Canada’s most acclaimed musical export today is from Montreal. Sorry, Beliebers. Arcade Fire shocked America’s senses when they picked up Album of the Year a couple year’s back at the Grammy’s. Arcade Fire is just the tip of the figurative iceberg of Montreal’s music scene. You’ve got Leonard Cohen, Chromeo, Stars, Godspeed You! Black Emperor, the now-defunct Stills, and Wolf Parade. If you haven’t heard of some of these bands, we’ll understand if you switch over to YouTube for a quick couple songs. Go on, we’ll wait.

If you haven’t had the smoked meat with dollop of mustard and a kosher pickle from Schwartz’s, you haven’t truly been to Montreal. This cozy delicatessen on Saint-Laurent Boulevard typically has a line for a reason. And when everyone says poutine is a Canadian dish, it’s because Montreal made it a Canadian staple following a few late night beverages. Aside from the comfort food, Montreal’s fine French cuisine is some of the world’s best. Period.

Montrealers know how to have a good time. Albeit it’s not official yet, Montreal is working to extend its drinking hours to 6 a.m. As for its events, going back to the Expo 67, which is lauded as the “most successful World’s Fair of the 20th century” is a good place to start. Then there’s the Olympics in ‘76, which made Montreal the first Canadian city to ever hold the Games. Speaking of which, when you visit, make sure you check out the Velodrome and the Olympic Stadium. Both are must-sees. Osheaga is one of the best outdoor, multi-day music festivals happening anywhere these days. This summer they have Jack White, the Arctic Monkeys, Modest Mouse and Lorde performing. Oh yeah, there’s also the Grand Prix, where the whole city turns into one massive party.

The Montreal Canadiens almost made it to the cup this year. It was a heartbreaker in the end after Carey Price was injured in the first playoff game against the Rangers, but what a triumphant series for the boys in red, blue and white. Then again, they’re the most decorated hockey team ever, having successfully claimed the Stanley Cup a record 24 times. Speaking of red, white and blue, when are those Montreal Expos coming back? Get your self together, MLB!

Montrealers are a great people. This is a known fact across the globe. Montreal is also known for raising some of Canada’s most famous from a plethora of disciplines. Actor William Shatner, fighter Georges St. Pierre, writer Naomi Klein, the great Mario Lemieux and Ray Bourque, and yes, even musician Celine Dion. Don’t worry, Montreal, we won’t hold that one against you. You have to be fallible at some point.

Oh, Montreal, look at us going on and on. We’re weak in the knees. You have our hearts (and not just because your poutine has blocked our coronary arteries), you have our ears, and you have us jumping up and down and yelling at the TV during the playoffs, annually.

4 thoughts on “Montreal, a Love Song”